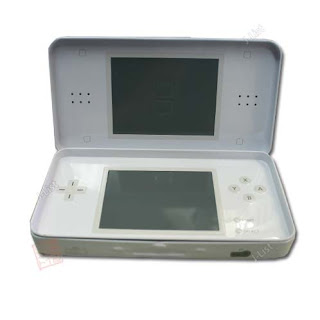 Can't buy that Nintendo DS lite you always wanted? You can dream on this pencil case from J-list. More pics after the jump

Do you live, eat, sleep and dream Nintendo DS? Now you can study Nintento DS with cool Nintendo DS stationery. This tin pencil case is based on the DS Lite and actually opens up just like the real thing, revealing a faux screen inside! With all the details, like on off switch, buttons, lock, etc, this is exactly like the DS Lite except in an pencil case form. 4.25" x 8" and 1" long, this is made by Showa Note and is an official Nintendo product -- not a parody. The inside tray is removable for more pencil storage space below. 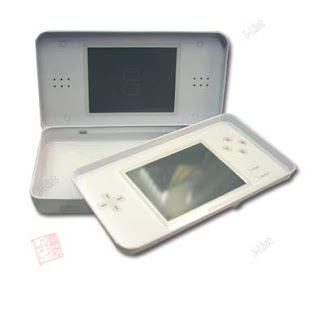 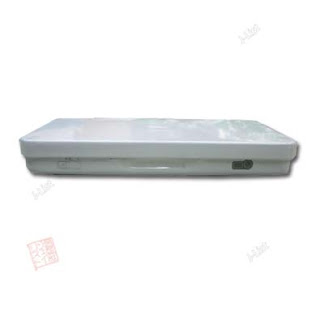 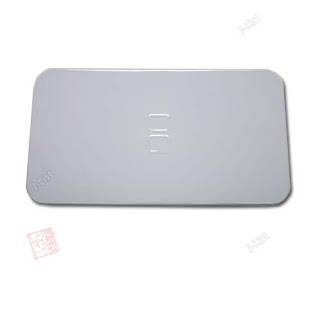 Posted by Siopao Master at 2:03 AM 0 comments 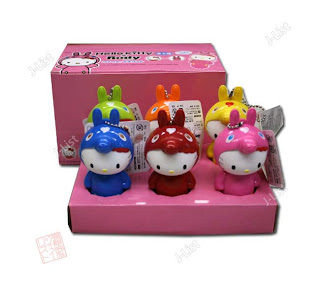 Almost five years have passed since we last saw the mythical Hello Kitty Shoulder Massager, a vibrating pink toy great for massaging away the day's stress. J-List is happy to announce the glorious return of the official Hello Kitty Massager in its great new form, in six colors. This new Sanrio product features Japan's most famous feline dressed in a horse "kigurumi" (full head and body costume), with a cute oversized head, a petite, stick like body and 7 small rounded studs that is located on the bottom. The toy is activated via a simple push button located right behind the head, has a cool keychain attachment which can be hung from a bag or backpack for decoration and comes in a variety of colors. This purchase is for all six colored toys (pink, red, green, orange, blue, and yellow). Grab this full set. Extremely limited quantities 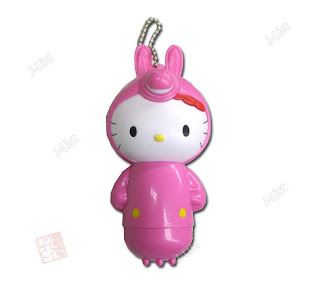 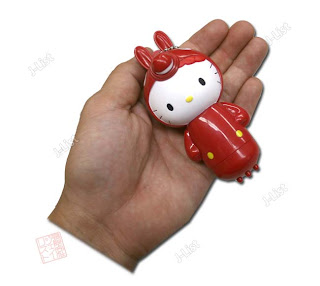 Posted by Siopao Master at 1:45 AM 0 comments

This is just funny. I wanted to use Sandy, an open source 3d environment for flash's actionscript 2.0 but it needs pixlib but the official site's file is missing and I can't find one over the net. So I tried Limewire and this is what I got:

Well at least I tried

How powerful is Adobe Photoshop? 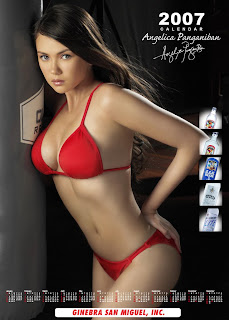 Everybody’s talking about Angelica Panganiban’s Ginebra Calendar, mainly because the liquor company supposed to have hired the best Photoshoppers to sculpt out extra flabs that kill the fantasy.

Recently, these same Photoshoppers were hired by the crisis managers of Angelica Panganiban to edit her "dressing room" pics.As you can see, the original is on the left and the edited is on the right: 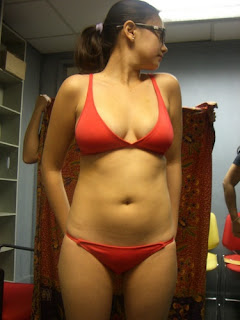 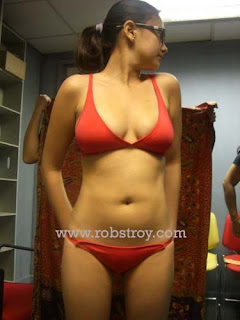 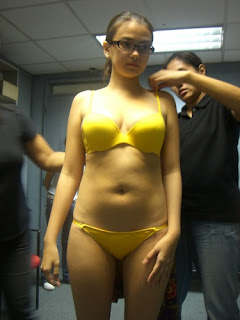 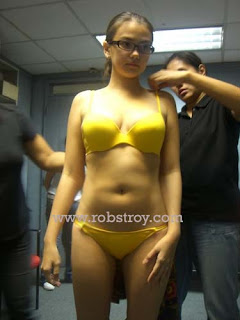 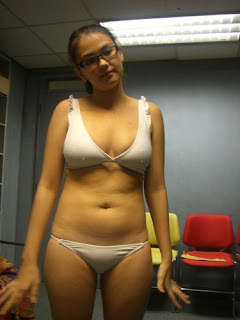 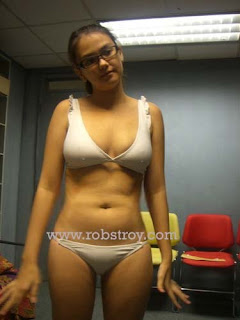 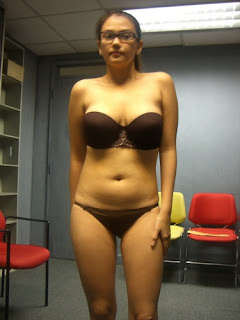 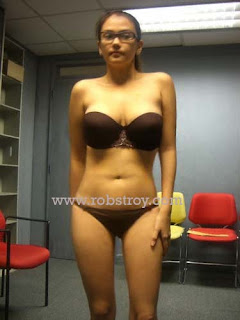 Now if still couldn't believe these evidences watch this video and be mortified.

I guess you will not look at those cover girls the same way ever again. 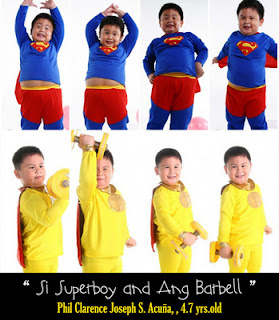 Please vote for the son of a friend of mine namely Nina on a photo contest. Isn't her son adorable? You can vote by going to this link and add a comment saying "I Vote for Phil" and that counts as one vote. Thank you guys in advance

Email ThisBlogThis!Share to TwitterShare to FacebookShare to Pinterest
Labels: ad

The Rise and Fall of Sandara Park 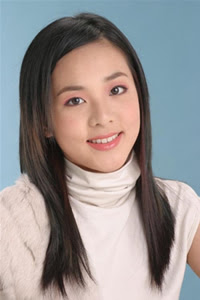 Sandara Park, the comedic Korean born actress of ABS-CBN 2, was born on November 12, 1984 in Busan, South Korea. Her unusual three-syllable Korean name, as she has said numerous times in interviews, comes from that of a Korean general, Kim Yushin whose childhood name was Sandara.

When Sandy (which fans dearly call her) was 8 years old, her father went to the Philippines and started a small business at Pasay City. When her father accumulated enough money, he relocated his family here in the Philippines who by that time were living with Sandy's grandparents. Initially, no one in their family were fluent in English or Tagalog, thus Sandy had a difficult time adjusting in school and gaining some friends. Sandara eventually enrolled in voice lessons at the Center for Pop Music in the early 2000s.

During one of her school functions, Sandara met Pauleen Luna who was then a talent of ABS-CBN Channel 2. Luna encouraged the shy Sandara to audition for Star Circle Quest, a then-upcoming talent search for ABS-CBN. Park tried her luck and was in the same batch with fellow questors, Hero Angeles and Joseph Bitangcol.

The show's judges called her in and was able to elude elimination several times, paving way for inclusion into the contestant pool's top ten. Being a native Korean, she displayed some trouble with the daily exercises set by the panel of Filipino judges. Though she had some comedic ability, she remained monotonous, dull or lacking in timing. But what she lacked in talent, she made up in charisma. A proof of this was that during the whole run of the show she consistently garnered the Texter's Choice Award, an award given weekly for the contestant who got the most text votes from the viewers. During the last elimination round where the final five contestants were chosen, Sandara made Philippine history by garnering approximately 500,000 text votes, making her the first female to garner that much SMS support. And so she was in until the final night where she was announced runner-up to Hero Angeles. It is estimated that she got at least 2,000,000 accumulated SMS votes from supporters during the entire run of the contest.Also during the run of the contest she was paired with Hero Angeles but their relationship became increasingly estranged.

ABS-CBN showered Park with projects after her Star Circle Quest days. She had six local commercial endorsements for personal care and stationary products. She also received several television show offers. She starred as Sandara Soh in a Star Circle Quest spin-off SCQ Reload, OK Ako (SCQ Reload, I'm OK), and hosted Sandara's Romance, a show featuring Korean dramas and commentary, and had a hosting stint on ASAP Fanatic, a Sunday noontime teen variety show. She also appeared in a local daily primetime superhero soap opera, Krystala, as Kim, who shares similar personalities with her real-life self, but her tight schedule limited her appearances.

In addition, Sandara also embarked on a musical career that eventually led to the release of her self-titled 6-track album which spawned the novelty dance hits "In Or Out", a song that parodied her experiences on Star Circle Quest, and "Walang Sabit", the jingle for Rejoice Shampoo. In proof of Sandara's rapidly rising star status, the album was certified double platinum after 6 months, selling 60,000 copies.

Sandara also appeared in two movies within separate years. First was a storyline in the three-storied movie Bcuz of U where she co-starred with other prominent young local actors. Second was her own movie with her loveteam partner, Hero Angeles, Can This Be Love, which grossed P90, 090, 000. 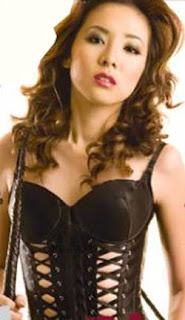 After a tumultuous partnership with Hero Angeles, Sandara Park opted to pursue college and workshop lessons in Seoul, South Korea. There were rumors and statements in the Korean press that Sandara had tried to become a singer/actress in South Korea, but due to some series of setbacks, it somehow never materialized.

Soon, local media, playing along the controversy, voiced their unhealthy indifference with Angeles and his brother-turned-manager, Henry. This even lead to the Angeles brothers suing writer, columnist, and showbiz aficionado, Cristy Fermin. Nonetheless, Sandara left for Korea still, leaving her troubles unfixed and for the public to decide.

During her stay in Korea, her rumored boyfriend, Joseph Bitangcol, openly admitted their relationship on national TV via the showbiz talk show, The Buzz, shocking Hero-Sandara fans.

Six months after she first announced her plans of studying in Korea, Sandara came back to the Philippines to continue her career. ABS-CBN had already released Angeles, and with no one currently paired with her, Joseph Bitangcol took the spot Angeles left.

When Sandara came back in December 2005, she found that her schedule was less tight than before. She had very little TV guestings and only had one regular Sunday show. Crowd reception also seemed cold for her comeback. This is partly because of the success and attention the Pinoy Big Brother Season One housemates were having.

In early March 2006, Sandara voiced out on national television her feelings for the cold reception she has received on her comeback, as well as her envy towards the Pinoy Big Brother housemates, commenting on them as colorful, while she is black and white.

About a week after Sandara did the aforementioned interview, Star Cinema studios revealed its intent on casting Sandara and her boyfriend Joseph in D'Lucky Ones, coupled with her latest single, Ang Ganda Ko, the movie's official theme song. The movie opened in theaters on April 16, 2006 and grossed only P71, 180, 000.

On July 14, 2007,Joseph Bitangcol confirmed that he and Sandy had dissolved their relationship 2 weeks ago. No third party is involved for the only reason was frequent quarrels between the two.

August 1, 2007, Sandara has reportedly left the Philippines for good, returning home to South Korea with her mother and siblings to begin a new life. Recently, YG Entertainment claimed that they now signed a contract with a Sandara Park and YG have the confidence to let her be the next BoA. Will this be a new career opportunity for Sandara Park? Will she be in or will she be out?

The Filipino gaming site GameOPS reached out to all the international gaming sites proving once again that online blogging can send that message across wherever you are. Since the establishment of the world wide web last August 1991, its main goal is to utilize the internet to send messages all over the world. There is no more boundary, no more limit on where you can get information. I do hope this site can reach out to others just like what GameOPS did.