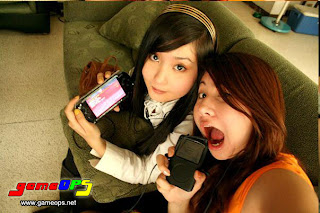 Calling all Alodia Fans out there. The Game Girl / Cosplayer Alodia Gosiengfiao is selling her PSP!

Details after the jump

Alodia posted on her blog that her Black PSP (firmware 3.40OE) is up for auctions.

As much as I really want to keep my black PSP because of its
sentimental value (it's been almost a year since I've had it
with me, I never leave home without it) I must let it go. :c I
think that it would be of better use if someone else takes good
care of it and enjoy spending time with it. So, I am putting it up
for auction. Starting price is only Php7,000. This is based on the
normal selling price of second-hand PSPs. This offer comes
with the following: Black PSP(not slim), already hacked so you
could play downloaded games, System Software: 3.40 OE-A,
1GB memory card, the value box & its contents [sleeve, strap,
charger]. Please send me a "Note" if you are interested. Ending
time would be Sunday, 11:59pm, HK time zone. Thank you! :]

International buyers (Paypal) are welcome. Shipping can be through
Registered Airmail or EMS. Both have tracking numbers, btw. :]
I am selling my Black PSP because I already have two PSPs.

So if you're one of those die hard fans who wanted a part of Alodia, this is your chance. 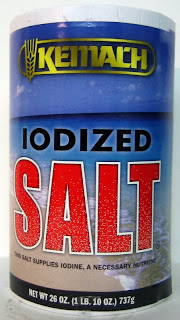 Their "law" stated that:

This is my sig I already changed it to comply with their rules, but Chocolate Milkshake suddenly came from nowhere and suspended me

I already warned you once by editing your signature. You were suspended for bringing the oversized image back. smile.gif

I hope you won't have any hard feelings on this. (And besides, I can suspend you right now for violating the above rule and for evading your suspension, so I'm begging you - please comply.)

I said no lame reasons

the mod suspended me because of my sig

I changed the dimensions and the size to comply with your "law" and I did that like 3 weeks ago? no other mods or GM gave a damn about it, so why now?

I don't really know why would it be necessary to just leave it as is. But the important thing is... You were notified, right? smile.gif

If ever there's a good reason to unban you (okay, don't give me that "that GM is advertising" reason, see first paragraph), then okay -- I will. Probably, it's just an alibi or an excuse, probably it's the real thing, but... You see, I cannot just do what you guys like, since all of us have our own limitations.

Was it really about the sig? So it was 16 pixels larger, she didn't noticed the other sigs which is much larger than mine? The one with 2 sigs?

Before the suspension, I was commenting on the post of GM Tristan III by promoting his blog on Ragnaboards via Midgard Congress section, which is a lame excuse of getting hits on his blog

Now i really question the integrity of the Ragnaboards Moderators

Goodbye to my best friend

My lifelong friend is leaving the Philippines today and it is uncertain when we'll see each other again. I will really miss her..

This song is dedicated to her

Farewell to you, my friends
We'll see each other again
Don't cry 'cause it's not the end of ev'rything
I may be miles away
But here is where my heart will stay
With you
My friends, with you

Yesterday's atreasure, today is here
Tomorrow on its way, the sky is clear
Thank you for the mem'ries
Of all the laughter and tears

Farewell to you, my friends
We'll see each other again
Don't cry 'cause it's not the end of ev'rything
I may be miles away
But here is where my heart will stay
With you
My friends, with you

Farewell to you, my friends
We'll see each other again
Don't worry 'cause it's not the end of ev'rything
I may be oceans away
But here is where my heart will stay
With you
My friends, with you
With you, my friends
With only you

Email ThisBlogThis!Share to TwitterShare to FacebookShare to Pinterest
Labels: emo 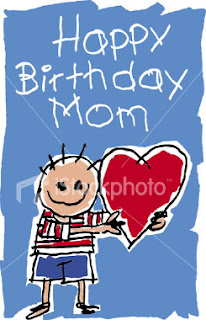 I'm not a fan of Apple Mac but when I saw that Macbook Air , I forgot I was a Microsoft fanboy!. Come on, do you see that thin notebook? Heck, maybe it's as thin as a potato chip! It's like a mammoth trampled over that piece of gadgetry! For a price of $1799 dollars, You'll have on your hands the worlds thinnest notebook! See the pictures after the jump!

I found this at geekculture.com

What situation would the World's Thinnest Notebook most excel at?

Happy Slip is coming to the Philippines! 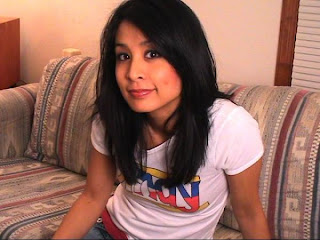 My fave internet personality Happy Slip is coming here to visit! She'll be posting the details and the time and place so that we can meet her. I'm sooo looking forward to it.

Communication services by mobile phone network operator Globe Telecom were disrupted for hours on Tuesday due to a still undetermined reason, affecting subscribers in parts of Luzon, Visayas, and Mindanao.

Campos said that the first incident was caused by a break in one of their communication cables in Roxas City, Capiz province that affected subscribers in the Visayas and Mindanao.

The Globe official told GMANews.TV that a second communication problem was encountered shortly after the first one at about 4 p.m., disrupting signal of their subscribers in parts of Luzon for around 45 minutes.

"What happened is more of a transmission problem. There was disruption in the link between our Ermita and Acacia, Quezon City transmission points," said Campos, adding that affected subscribers included those from Quezon City, Bulacan, Pampanga, Tarlac and other parts of Central Luzon.

As for the actual reason of the signal disruption, Campos said their engineers have yet to finalize their investigation even as the official assured that the problem "can be fixed within minutes."

The Force of Soul Calibur IV

Posted by Siopao Master at 2:17 AM 0 comments

DISCLAIMER: Everything you read here is pure fiction, if ever any one of them resembles a real show, it's so damn coincidence.

New line-up of shows for primetime:

A very beautiful girl holds a secret, which his boyfriend found out nine months after!

A very dramatic experience of a prostitute who fell in love with one of his customers.

My Blog is not Dead!

A young boy who accidentally entered an all monster school met a young girl .pretty in appearance, turns into a viscous vampire when the rosary around her neck is removed. Fan service galore, but I kinda like the artwork here.

more after the jump

A blind boy, though undetermined how did he became blind, enters a school where girls treat him special, Fan service written all over the plot hahaha

This is a story of a boy(noticed the cliche?) who had a uber hot classmate live in their house when her father,which is a friend of the boy's father, died and things became complicated in their house. Anyway, The boy met a positive-thinking girl who supposedly cursed him that unhappy things will come his way. This is a more serious drama and no fan service whatsoever. Reminds me of Boys Be.

They are my noble Masters

Siblings who ran away from home stumbled upon a huge mansion of the wealthy Shinra (no, not FFVII) and became servants. Fan service galore!

Based on the game of Atlus in Playstation 1,2 & 3. 10 years after the "Apathy Syndrome", A series of incidents indicated that the spiritless syndrome is coming back. It's up to Ayanagi City's chief of police to find out what's happening before it's too late. Not in his knowledge, his younger brother awakened the "Persona"

Korean girls are happy to have a titi

No wait! Before Gabriela decides to sue me let me explain what the hell is that titi doing in Korea 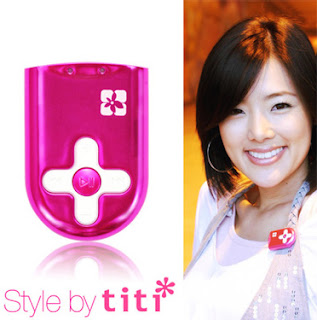 more after the jump

South Korean teens rejoice as Floral Mobile launched their new mp3 player named the Titi. Sid to be far cheaper than the Ipod Shuffle, the Titi has a 1gb memory and available in different colors. It's price is roughly about $41 and is currently available only in South Korea. But hey who knows, maybe it'll come to our shores. Like Ryder said

The Death of Teh Pwnerer

I hate to break the joy of the coming of 2008 but a friend of mine, my former student and fellow gamer passed away today. He was hospitalized last December 30 due to an accident and was fighting for his life when 2007 ended. Axell Frias, age 20, was taken by our Creator today around 12pm at Makati Med. He was my student before when I first taught at AMA Computer University, my officer at Sounds Of Nativity (which I was the adviser) and my fellow gamer, my psp buddy. He will forever be know as "TEH PWNERER". Axell, wherever you are, your family, friends and girlfriend will always love you. Even if its GAME OVER man you'll will always be part of the Top 10 ranking.
Posted by Siopao Master at 10:08 PM 1 comments

2007 was a tough year for me. So many problems and so many anguishes. Luckily, someone stood by my side till the very end..too bad she's leaving soon. Here is a summary of what happened on 2007 to me and to the world.

January 2007
THe internet finally recovered from the quake as cables were fixed and connections were restored. Microsoft announced the launch of their new OS.

February 2007
The global launch of Microsoft's new OS, Vista, which promised a more stable and secure environment and eye candy. Globe Telecoms rolled-back their unlitxt to their original rate in compliance to NTC's orders. Harry Potter and the Deathly Hallows was announced to be released later this year.

March 2007
The theatrical premiere of 300 that gave new meaning to awesome visual effects.

April 2007
Sir Siopao, as AMA students knew him, bid farewell as the administration decided to terminate his services. The theatrical launch of the third installment of Spiderman, the last of the trilogy.

May 2007
Trinoma opened which was owned and operated by the Ayala corporation. Philippine Ragnarok Online experienced a server merged, reducing their seven servers to three. The new servers were Baldur, Freya and Tyr. The theatrical premiere of the third and last installment of Pirates of the Caribbean. Miss Universe 2007 crowned Miss Japan as their new representative.

June 2007
Proposal Daisakusen was aired in Japan and it was one of the best jdorama Japan every made. Death Note aired its last episode as one of Japan's number 1 anime gave justice to Kira. Apple launched their Iphone in the US

July 2007
Harry Potter and the Deathly Hallows was launched as millions were sold through out the world. World Cyber Games Philippine leg was held at SM The Block as Filipino players compete to become the representative at Italy. 7/7/07 was celebrated as the new seven wonders of the world was officially announced.

August 2007
Sandara Park, the "pambansang krung-krung" left the Philippines to return to her home country , South Korea to pursue a new career. GameOPS was featured at GamePro and PCWorld proving that Filipino blogging can reach the world.

November 2007
The Philippine 10th web awards gave the best websites made by Filipinos the award they deserve.

December 2007
Siopao Master bought a Neo Empriva 572SVBx. An Omaha mall shooting showed that you cannot give guns to kids.

Posted by Siopao Master at 9:48 AM 1 comments