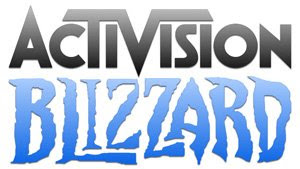 Activision and Vivendi (who owns the rights of the games published by Blizzard) merged believing that combining the two can dominate the gaming market. Details after the jump

Jean Bernard Levy, CEO of Vivendi, said: "We have created the world leader in online and console games with this transaction and the combined strengths of the two businesses offer immense growth potential. I am also very confident that, with the new leadership team in place, the new entity is perfectly positioned to take advantage of these rapidly developing markets across the globe."

René Pénisson, Chairman of Activision Blizzard, added: "We are delighted that the merger has been completed. We are very excited about the opportunity for Activision Blizzard to create a broader entertainment software platform. We are leaders across North America and Europe and are creating a substantial footprint in the rapidly growing Asian market. We are determined to ‘think big'!"

"The completion of this transaction marks the beginning of an important new chapter in the history of interactive entertainment," said Robert Kotick, President and Chief Executive Officer of Activision Blizzard. "By combining leaders in mass-market entertainment and subscription-based online games, Activision Blizzard has leading market positions across all categories of the rapidly growing interactive entertainment software industry. With more than 10.7 million subscribers on World of Warcraft, and with tens of millions of people playing Guitar Hero, Activision Blizzard's games are transcending the traditional stereotypes and are more popular as a form of entertainment than ever before. We look forward to building upon our brands to create value for our shareholders, customers and consumers."

"From the beginning, our goal has been to make the best games in the world, and this transaction strengthens our ability to do just that," said Mike Morhaime, Blizzard Entertainment cofounder and Chief Executive Officer. "As part of Activision Blizzard we'll have the reach and resources to share our games with an even wider audience - -while maintaining the same approach as always to providing high-quality entertainment and services to our players."

In addition to World of Warcraft, the #1 subscription-based massively multiplayer online role-playing game, the transaction brings together some of the world's leading interactive entertainment franchises including Guitar Hero®, the #1 family entertainment and #1 music-based franchise; Call of Duty®, the #1 first-person action franchise; Tony Hawk, the #1 action sports franchise; Spider-Man, the #1 Super Hero franchise; Cabela's®, the #1 sports hunting franchise; and two of the top-ten kids movie-based franchises, Shrek and Madagascar™, for calendar year 2005 through 2007 according to the NPD Group, Chart Track and The GFK Group.

The transaction was approved by Activision's stockholders at a special stockholder meeting on July 8, 2008 and closed on July 9, 2008.

Visit their site for details

Posted by Siopao Master at 9:28 AM