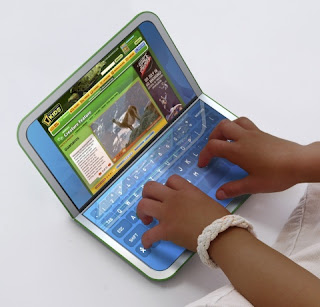 One Laptop Per Child Inc. or OLPC announced that by 2010, they will be releasing their second laptop that is under $75 (Php 3,325.01). Details and more pictures after the jump

On May 20, 2008 OLPC unveiled its plans for the 2nd generation XO. The XO-2 (or XOXO) is targeted for 2010 at the cost of $75. So far only a few details were unvieled. One is that it will consist of two multitouch-sensitive displays, and other is that can be used as a normal laptop (having one of the screens as a keyboard) or an e-book (each screen displaying one page) 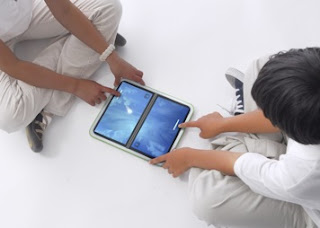 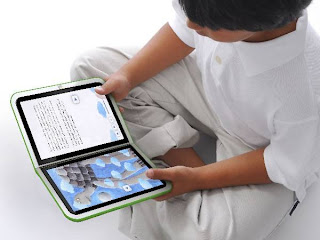 BTW, It is only a prototype model, so the last one is shopped to get the idea of its capabilities