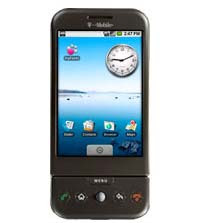 You read it right guys, Google is now everywhere, even on your smart phone! Google recently announced their partnership with T-Mobile that integrates their "Google technology" on T-Mobile's G1 phone.

Armed with the new "Android" operating system which promises full customization from users, G1 is packed with anything Google. From YouTube to Google Talk, G1 offers the services of Google right at your fingertips. The phone is equipped with a full QWERTY keyboard, a 3 meg camera, 3G and WiFi connectivity. a touchscreen, a multimedia player, all the features that would make iPhone cry for daddy Steve Jobs. I know I've been waiting for Sony Ericsson's Xperia X1 but I could have a change of heart 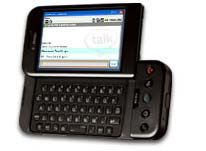 Posted by Siopao Master at 8:23 AM

Hey,
Loving your blog, awesome tips on this you have here. I
would just like to ask you some questions privately, mind
contacting me at sales@ company logo design.com
logo design

Well don't know whats going on but its not a Good way to do this. in my opinion we have to look again about this Pt cruiser,Pt cruiser accessories,chrysler Pt cruiser,american eagle gold coin