American jailed for being a lolicon 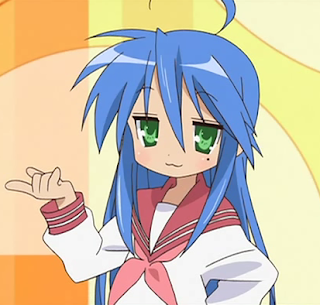 An American was jailed for possessing a shitload of lolicon (lolita complex) manga. Epic fail for this guy. Read on

An Iowa manga enthusiast has been charged with possession of obscene materials, based on the allegation that of his collection of over a thousand volumes, a handful depict underage participants; he faces a prison sentence of up to 20 years if convicted under the PROTECT Act.
A free speech legal defence fund, the Comic Book Legal Defense Fund, has leapt to his defence, claiming the law is a flagrant violation of the First Amendment rights Americans enjoy to free speech; the CBLDF is scathing:
“The government is prosecuting a private collector for the possession of art. In the past, CBLDF has had to defend the First Amendment rights of retailers and artists, but never before have we experienced the federal government attempting to strip a citizen of his freedom because he owned comic books.”
The CBLDF is most unhappy about the assault on freedom of expression, and is now also concerned that the move represents an unprecedented extension in scope of a law previously targeting chiefly dealers of pornography:
“In the lengthy time in which I have represented CBLDF and its clients, I have never encountered a situation where criminal prosecution was brought against a private consumer for possession of material for personal use in his own home.
This prosecution has profound implications in limiting the First Amendment for art and artists, and comics in particular that are on the cutting edge of creativity. It misunderstands the nature of avant-garde art in its historical perspective and is a perversion of anti-obscenity laws.”
The PROTECT Act being used as a basis for the charges has already taken a beating in courts, with portions being ruled unconstitutional, but sections still retain validity.
In particular, for a guilty verdict to be rendered the jury will have to decide that the material concerned is “obscene”, which involves applying the so-called Miller test to allow the material to be stripped of First Admendment protection:
• Whether the average person, applying contemporary community standards, would find that the work, taken as a whole, appeals to the prurient interest.
• Whether the work depicts/describes, in a patently offensive way, sexual conduct or excretory functions specifically defined by applicable state law.
• Whether the work, taken as a whole, lacks serious literary, artistic, political or scientific value. (This is also known as the (S)LAPS test- [Serious] Literary, Artistic, Political, Scientific).
In the past, application of these criteria has proven complex and highly controversial, so it remains to be seen what kind of decision the manga in question will prompt.
The PROTECT Act, an act containing a diverse jumble of “child protection” measurres, itself has been the subject of much legal action, and it is still not clear to what extent it maintains the ability to target artistic or “virtual” maeterial depicting underage participants.
We do not hear how the unfortunate individual in question came to the attention of authorities.

Posted by Siopao Master at 2:51 PM