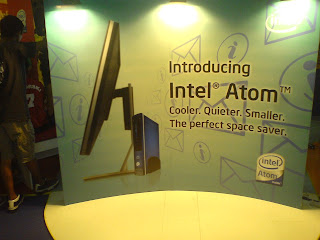 I was strolling along Trinoma before heading to a children's party when I found the booth of Intel. A booth that introduces their new Intel Atom processors. The Media Center is great but two of the booth's program really disturbed me.

The two programs in question are the cash register and the office timekeeping. The intrface was so-so and the concept was below avarage. Heck my students can make a better one! They used Microsoft Visual Basic 6 which is gaddam old already. They could have used VB 2005 or 2008 which is a lot better.What a waste of computer resources *sigh* 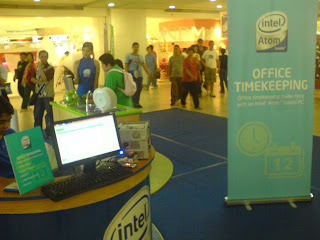 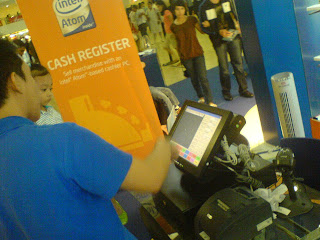 BTW, the price by visitng the booth is so lame. A keychain ~_~ 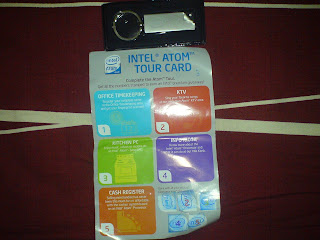 Go here for the complete pics