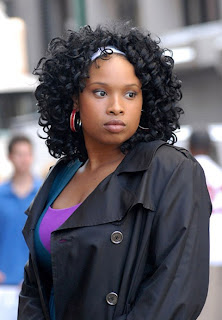 Jennifer Hudson, the star of Dreamgirls and American Idol, was in awe last Friday night as her mother and brother found dead at a South Side home in Chicago. Jennifer's nephew is still missing and police held custody a suspect that was linked to the deaths.

William Balfour was being questioned, but Julian King's whereabouts were not known, law enforcement sources told the Chicago Tribune and Chicago Sun-Times. Balfour has not been charged.

Jennifer Hudson's personal publicist, Lisa Kasteler, confirmed the deaths.
"We can confirm that there is an ongoing investigation concerning the deaths of Jennifer Hudson's mother, Darnell Donerson, and her brother, Jason Hudson," Kasteler said in a statement. "No further comment will be made and the family has asked that their privacy be respected at this difficult time."

The deaths appeared to be the result of domestic abuse, Bond said. The Cook County medical examiner's office said autopsies for Donerson and Jason Hudson were pending.
Deputy Chief Joseph Patterson said a family member entered the home around 3 p.m. Friday, found a woman shot on the living room floor and left to notify authorities. Responding officers found a man shot in the bedroom, Patterson said. There was no sign of forced entry.

Police tape blocked access to the large, white house, where a crowd gathered outside. Investigators with dogs and flashlights searched foliage surrounding a church that faces the home.

Authorities issued the Amber Alert for King and sought a 1994 white Chevrolet Suburban. The child was the grandson of the female victim, officials said.
The alert said the child was possibly abducted and could be accompanied by Balfour, who was considered armed and dangerous and called a suspect in the double homicide investigation.

Records from the Illinois Department of Corrections show Balfour, 27, is on parole and spent nearly seven years in prison for attempted murder, vehicular hijacking and possessing a stolen vehicle. Public records show one of Balfour's addresses as the home where Donerson and Jason Hudson were shot.
The alert said the boy could also be in a teal or green Chrysler Concorde with a temporary license plate, a left front headlight hanging out and scratches on the left side of the vehicle.

The tragedy comes as Hudson, who grew up in Chicago, continues to reach new heights in her career. Her song "Spotlight" is No. 1 on Billboard's Hot R&B/Hip-Hop charts and her recently released, self-tiled debut album has been a top seller. She was featured in this year's blockbuster "Sex and the City" movie and is also starring in the hit film "The Secret Life of Bees."

She won an Academy Award for best supporting actress in 2007 for her role in "Dreamgirls." In an interview last year with Vogue, Hudson credited her mother with encouraging her to audition for "American Idol," which launched her career.
The singer, whose father died when she was a teenager, described herself as very close to her family. In a recent AP interview she said her family, which includes older siblings Julia and Jason, helped keep her grounded.

"My faith in God and my family, they're very realistic and very normal, they're not into the whole limelight kind of thing, so when I go home to Chicago that's just another place that's home," she said. "I stand in line with everybody else, or, when I go home to my mom I'm just Jennifer, (so she says), 'You get up and you take care of your own stuff.' And I love that; I don't like when people tell you everything you want to hear, I want to hear the truth, you know what I mean."

Hudson's representatives would not disclose her whereabouts Friday. She had been scheduled to appear Monday in Los Angeles to collect an ensemble cast honor at the Hollywood Awards for "The Secret Life of Bees" with co-stars including Alicia Keys, Queen Latifah and Dakota Fanning.