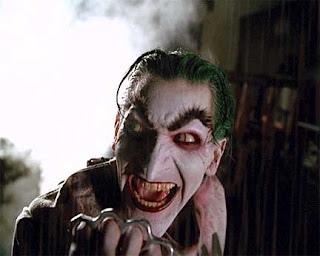 I don't want to comment on the blabbering of Joker in Exile A.K.A. Mr. Pierre Tito Galla about his twisted post regarding the Philippine Blog Awards and altering my post, but when the credibility of GameOPS is being threatened, I must take action and stop this nonsense.

I don't need to explain each and every detail of the situation because you can find it here. What I'm deeply troubled is to what Mr. Pierre Tito Galla is becoming. He's being mutated to Christy Fermin, now I don't have any qualms with Tita Christy and I know she'll be offended if I compare her to a nobody like Pierre (can I call you that Joker?) but what I'm trying to point out here is that Pierre is taking the facts and manipulating it to create sensationalize information. More like a tabloid article than a informative post I might say. Maybe he wanted to be a writer in Bulgar or Abante? Orrr maybe he wanted to be a contributor in The Buzz or Star Talk. We will never know unless he shed his cocoon and fly like a butterfly.

Posted by Siopao Master at 8:38 AM