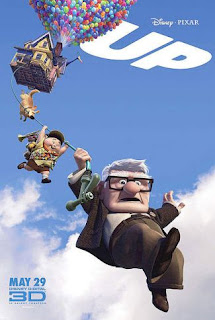 Yes, this is just a two letter film. From the creators of Toy Story (the first full 3D film) Disney and Pixar teamed up once again to deliver yet another stunning film. I watched the film in a 3D cinema and it's really worth your peso. This moie doesn't only target the young audience, but also the adult as well. The message was clear and you must watch the movie to appreciate it. Anyway, nothing bad I can say about the film for it is a superior Disney film indeed. If you ever plan to watch it, watch it on 3D to fully experience the Disney magic.

been wanting to watch this! maganda nga daw. :)