Are We Heading for 4G?

LTE (Long Term Evolution) mobile communication systems are expected to be deployed from 2010 onwards as a natural evolution of Global system for mobile communications (GSM) and Universal Mobile Telecommunications System (UMTS). They say that LTE will be the cornerstone for the 4G technology which will be implemented soon on first world countries.

The truth is, LTE haven't met the requirements for 4G also called IMT Advanced as defined by the International Telecommunication Union such as peak data rates up to 1 Gbit/s. The ITU has invited the submission of candidate Radio Interface Technologies (RITs) following their requirements as mentioned in a circular letter. So far they are finalizing the requirements for 4G to push through. Are we prepared for the coming of 4G? So far we are enjoying the fast bandwidth of HSDPA a.k.a. 3.5G, even telcos grabbed this opportunity by offering 3G anywhere USB dongles at affordable prices. Imagine that speed will peak at 1 Gbps and you have here a true wireless broadband. Heck I wont be needing my DSL anymore if that's the case.

So far no phone in the market support 4G but 2010 had just begun and cellular technology is rapidly evolving breaking the gap between communication.

George Mikan, Bob Cousy, Bill Laimbeer and Larry Bird – what do all these guys have in common?

Aside from being NBA Champs, all of them are all notable American-born (if you're wondering about the inclusion of this adjective, read on) Caucasians who earned a reputation for their prowess in basketball.

For a sport invented by a white guy, and initially played (and to some effect exclusively) by whites, it's not surprising to find white people earning their place in basketball history. However, since the 60s, the game of basketball has been dominated by African-Americans. From Wilt Chamberlain, Earl "the Pearl" Monroe, Magic Johnson up to this generation's Kobe Bryant, Lebron James and Dwayne Wade, African-Americans have been the face of their respective teams and ultimately, the league. And let's not forget that Michael Jordan is considered as the greatest basketball player of all-time.

African-Americans currently outnumber American-born white guys in the NBA because of the evident advantages they hold over the latter in terms of athleticism, strength, power, speed and agility. Add some Europeans to the mix and the place of American white guys in the league just got smaller.

This brings us to Don Lewis' All-American Basketball Alliance (AABA), a league exclusively for American-born (thus the inclusion of this word) Caucasians who want to play fundamental basketball. This league would most likely give white guys, who are usually dunked on by the Wades and the Bryants, a chance to enjoy classic basketball, that is, if this league ever materializes.

And that's a big IF, thanks to the pro-racist comments of Lewis, the probability of any city in the U.S. to support this idea is as good as zilch.

On the surface, a league that requires qualifications such as "American-born Caucasian" does really seem to discriminate color. But come to think of it, it's not a bad idea. If you want to gather people with same skill level in one place and pit them against each other, you have my blessing.

When I was taking my younger brother, Marfile, to his basketball game last year, I saw this gym somewhere in Mandaluyong that seems to be holding basketball games for the B6L or the Below 6-feet League. Since few Filipinos grow beyond 5'11", a league that disqualifies 6 footers offers a venue with level playing field. The AABA on the other hand disqualifies African-Americans, majority of which are high-flyers, so that the whites get their share of hardcourt action without having to compete with opponents who possess otherworldly leaping ability and physique.

However, what's disturbing about the AABA is Lewis' justification of its founding. I just don't see the connection between fundamental basketball and a player attacking a fan. In addition, color doesn't have anything to do with playing fundamental basketball. Take Tim Duncan and Jason Williams. I mean TD isn't Caucasian but you're not gonna see any player more fundamentally sound than he is in this generation. And J-Will, in his prime, shakes, bakes, throws fancy lobs and dishes no-look passes. Now that's streetball to you. And he happens to be white.

And let's get real; even if the AABA actually becomes a league, I bet it won't survive for long if it isn't entertaining. Fundamental ball may be an efficient way of playing the game, it's what gave Duncan and the Spurs four NBA titles after all, but it's also the reason why they're not as popular as the Lakers or the Celtics. With a handful of followers, the AABA is bound to go down the drain.
And seriously, who would even watch a league ran by a racist. By limiting your participants to white guys, you limit your audience to that color as well. Plus, there could be an implication that supporters of the AABA are racists, resulting into lesser patrons.

The NBA as of late has been the melting pot of the world's best ballers. It's where athletes from various continents come together to play a highly competitive level of basketball. If there's one thing that the NBA has been doing right, Gilbert Arenas aside, it's unifying people from different cultural backgrounds, one dribble at time. As for the AABA, it plans to do the exact opposite.

If Lewis is really eager to get the white Americans back into the game, the AABA is definitely not the way to go. And as J.E. Skeets of Yahoo Sports suggested, he might as well put up a league with modified rules that would eliminate the advantages of African-Americans, and in someway, get through some hardworking Caucasians so that he can remind them that even though white men can't jump, there are other ways to approach the game and succeed.

What is Lewis even trying to pull-off with the AABA? Your guess is as good as mine.

One thing certain though, if the AABA does materialize, the people behind and taking part in it won't be welcomed by the people of this time who value peace and shuns racism. If only Lewis would see things this way, everything is bound to be alright for all whites. -Marlone Viardo

There was currently a buzz about Rosanna "Osang" Roces in one episode of the popular talent show in ABS-CBN entitled Showtime. It was her remarks about the teachers in our country. She generalized the teachers as "Repeaters" and advised the contestant to "bad mouth" their teachers for not teaching them everything. Now, some may say that there's nothing wrong with what Osang said. But to me, a former teacher, it was an insult. Come on, of all the profession I know, a teacher is the most underpaid. Teachers sacrifice their time and effort just to deliver the lesson the students should know. I know there are teachers who are just useless but there are those who are dedicated to their work. Remember, teaching is not just a job, it's a passion. It takes dedication and patience to survive as a teacher and they were never honored with their sacrifices. MTRCB is an a-hole for suspending Showtime for 20 days because of the incident because only Osang deserve that sanction and not the whole show.

Arguing Over the Internet

There's been a lot of fighting over the internet lately. Small arguments boom to a large scale, creating tension to some netizens. Flaming is the term used when attacking someone directly by a comment or a remark. Usually, it starts when someone makes a comment over a post or statement. Some may reply in a civilized way to that comment, but some reply in a negative way. Some intentionally do this to further anger the commenter. Flaming may result to insulting the appearance of a person, correcting their grammar and spelling, anything that can be excused to bash that person. Some flaming is a result of a heated argument between two parties divided in their opinions and beliefs. Some bash away behind a protective barrier called anonymous, popularly known as anon to avoid retaliation.So why is this rampant today? Why is a small issue sensationalized this way? It's ironic that Christmas ended only half a month ago and the sharing and loving is already forgotten. You should try to be calm. Just ignore that person who is constantly bashing you. Always remember that you are an educated person and you should not stoop down to their level of thinking. Remember this, arguing over the internet is like joining the special Olympics. Even if you win, you are still retarded. 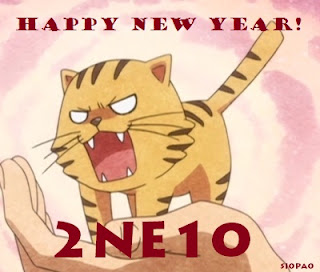 I dedicate this post to the men and women who were far away from their family and friends during the holiday season. The OFWs, the hospital workers, the electrical engineers, the police, the military, the callcenter agents, the media. Everyone who chose to work for their family and their country even it means not being with them this holiday season. I salute you all!