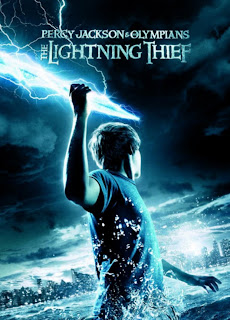 The first thing you will think of when you see this movie is it's another Harry Potter in the making. Okay, Chris Columbus, who directed Harry Potter 1 and 2 directed it but this series has a foundation of its own. I never read the book so it is safe to say that I'm not going to be biased here.

The series in general is a break away from magic and spells. It focuses entirely to an all time favorite subject..the Greek gods (expect some feedback from Christians and Catholics some time later) Add some coming of age genre and we are all set. Now, let's focus on the movie itself. We all know Hollywood is very good in special effects and this movie is an example of that. The fictional world of Percy Jackson was beautifully rendered in 3D and Chris Columbus did his job well. Add some heavy stars like Uma Thurman and Pierce Brosnan and you got yourself here a blockbuster film. I wonder if Pierce Brosnan will reprise his role on the sequel. The music and sound effects was good and the lines of the cast was not badly written. Overall, this movie is a must watch for Percy Jackson fans and for those who is taking this series for the first time. I will now read the series for this movie convinced me that there is life after Harry Potter.

Posted by Siopao Master at 1:25 AM