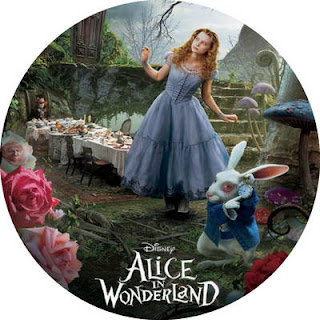 Before watching this film you should know the following facts: first, this is based from the book, second, this is a sequel and third, IMAX rock!

Many were complaining about the story. "It was not as I remembered" or "Why is Alice not a kid anymore?" that sort of stuff. You should be aware that this is the sequel to the original Alice in Wonderland by Lewis Carroll. It was sort of happened 13 years after the original story (it was later revealed in the movie). To me, it was a good twist to the story and I just remembered my childhood memories of the story. The musical score was spectacular (I was watching it on IMAX 3D) and the whole world of wonderland was very gorgeous. My only complain was the 3D wasn't fully utilized (or was I just looking for more eyecandy?) but the whole film was a huge leap from the previous adaptations of the popular story. Relieve your childhood fantasies as you watch this film. Before I forgot, Johnny Depp once again gave a beautiful performance as the Mad Hatter

Posted by Siopao Master at 2:00 AM