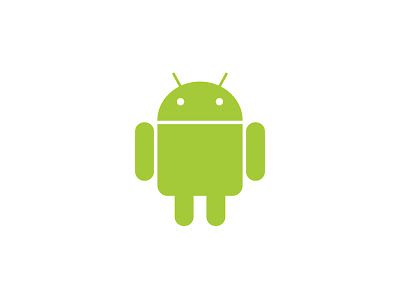 I've been busy lately and my site was overrun by outdated content. So here we are with a new gimmick that comes every week to satisfy your techo hunger. Welcome Techo Friday! It's Friday the 13th today and it's fitting to launch this new segment of my website on this wonderful day. Anyway, our first topic is one of the trending topics in twitter and geeks dig this operating system like hot pandesal. I'm talking about Android! So let's begin!

Android is none other than Google's flagship operating system for mobile devices (mobile phones, netbooks and such). It's based on Linux kernel and GNU software so expect it to be opensource.

A lot of developers jumped on the Android bandwagon since it's distribution last 2007 and doubled on its release last October 2008. Since then, lots of mobile companies like HTC, LG, Samsung and Motorola took advantage of the flexibility of the OS to bring us mobile phones with rich content and customization. So how many versions of Android are there anyway? What the heck aere those cupcakes they were talking about? Well, just like Microsoft uses a codename/petname to their Windows, Google tend to satisfy their sweet tooth with these names:

note: Before they called it like sweet desserts, HTC Dream was the first mobile phone to use the Android OS (Android 1.0)

1.5 (Cupcake)
-Ability to record and watch videos through camcorder mode
-Uploading videos to YouTube and pictures to Picasa directly from the phone
-A new soft-keyboard with text-prediction
-Bluetooth A2DP and AVRCP support
-Ability to automatically connect to a Bluetooth headset within a certain distance
-New widgets and folders that can populate the Home screens
-Animated screen transitions

LG GW620, HTC Hero and Motorola MB300 were among the first early adopters of this version.

HTC Sapphire, Samsung Galaxy and Sony Ericsson Xperia X10 were among the popular phones who used this version.

Motorola Droid, HTC Legend, Samsung Galaxy S and Google Nexus One were the notable mention on this version.

Motorola Droid 2 and HTC Evo 4G are one of the few current phones that uses this latest stable version.

note: An upcoming version (3.0) on Q4 2010 is named Gingerbread and support for WebM video playback and improved copy–paste functionalities are the currently confirmed features. Rumor has it that the upcoming "PSP phone" of Sony will use this version.

There you have it guys. If you are planning to join the Android craze, better check the version first and the capabilities of that "flavor" in order to satisfy your cravings.

Till next time on Tech Friday!

Posted by Siopao Master at 7:49 PM

Email ThisBlogThis!Share to TwitterShare to FacebookShare to Pinterest
Labels: techfriday