Last September 1, Steve Jobs introduced the new line of Apple iPods that will be available on stores this coming September 8, 2010.

These new breed of iPods will surely answer the need of the consumers for a better music experience. Details after the jump 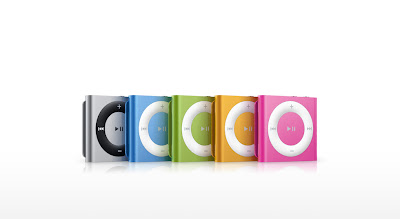 The "budget" iPod that sacrifices a display screen to bring you a cheap music player. The iPod Shuffle is now on its fourth generation includes the return of clickable track and volume controls form the first two generations. The control pad is 18% larger than the second generation of iPod shuffle and the model also features VoiceOver from the third generation in twenty-five languages. It also features Genius and handles multiple playlists. They are currently being sold in 2 Gigabyte models with US pricing for the device announced to start at US$49. 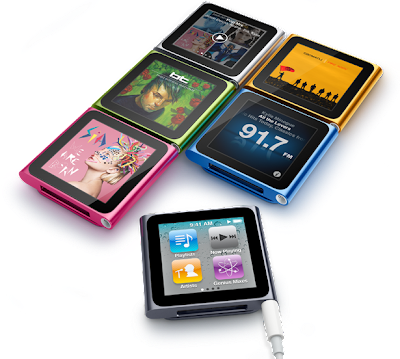 My personal favorite. This iPod is like the standard iPod but suffers dwarfism. The sixth generation iPod nano now comes with a multi touch screen similar to the iPod Touch. Don't expect a large screen though. Some notable changes are as follows: the device now features a smaller lower resolution (higher pixel density) screen which supports multi-touch. The device supports over 24 hours of music playback on a single charge. Also, the device retains the same 30-pin dock connector as previous generations. The new iPod Nano also does not support video playback.Additionally, the device no longer has a camera or voice recorder, as Apple's market research determined that many customers rarely used those features in the previous generation devices. The 6th generation iPod is also at the same price point as the 5th generation device which is $149. 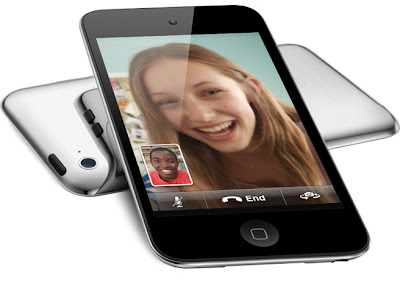 The big daddy of the iPod line. Since it's first release last September 2007, the iPod Touch (some misname it as iTouch) sold millions already. The fourth generation ipod Touch is bundled with new innovations that will surely make you want to buy it. The front-facing camera for FaceTime, the iPhone's retina display, has support for recording 720p video and 960 x 720 still photos via a back camera, Apple's A4 chip, a built-in microphone and a 3-axis gyroscope are the notable changes that you can get from this next model which you can get for as low as $229.

There you have it folks. Apple will surely make your wallets cry in agony.

Posted by Siopao Master at 9:52 PM

Email ThisBlogThis!Share to TwitterShare to FacebookShare to Pinterest
Labels: techfriday