Rurouni Kenshin coming to the PSP 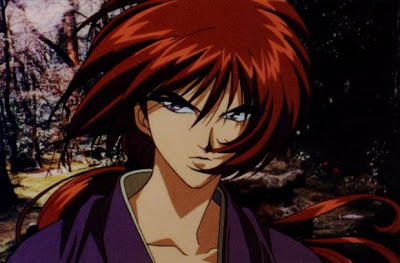 Rurouni Kenshin's creator Nobuhiro Watsuki ended the series' manga back in 1999 and aired its last OAV last 2001. But fans rejoice, Kenshin Himura is back as a 2D game on Sony Playstation Portable. More after the jump

Rurouni Kenshin, popularly known as Samurai X in the Philippines will finally get its new game adaptation after 5 years.

Bandai Namco announced that the title of the game is Rurouni Kenshin, Meiji Kenkaku Romantan Saisen and is expected to come out in Spring 2011 in Japan and is exclusive to the Sony Playstation Portable.

I have to admit. The game has got me interested in Rurouni Kenshin all over again.

I took a look back at some great moments in the series. You can read it at: http://www.mangatherapy.com/post/1600450375/rurouni-kenshin-moments

Do you think the game will be any good?

nice to see this type of game and thanks for sharing this game.

The game has got me interested in Rurouni kenshin all over again.nice game.I really like this game.thanks for sharing this game. packers and movers madhapur

great information about the creator and thanks for sharing this post.
Kerala University

Very excited to play this game ever. Thank you very much regarding your great information.One Telugu Media