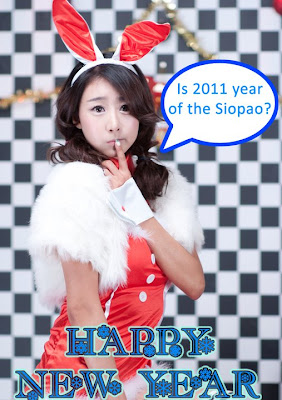 It's the new Decade ladies and gentlemen. For those who did not notice, I deviated from the tradition of posting what had happened in 2010. But I wanted to change everything for this coming decade, They say that you must not dwell from the past, but prepare for the future. So from now on, I will post my predictions for the coming year. Here we go!

1. DSLRs or Digital Single Lens Reflex cameras will be the standard camera used by everyone. But 80% of these consumers will only use the full auto feature and the kit lens. They will not bother reading the manual and plan on buying another lens. DSLR will be a standard norm for what's cool and what's not.

2. EVILs or Electronic Viewfinder Interchangeable Lens will be the next new craze. A lot will think that you will be updated in the latest gadget if you own this thing. Even though it's just a very expensive digital camera that you'll probably use to take pictures of yourself and your friends.

3. Telcos will offer new subscription plans other than the existing one. There will be Silver (100GB cap) Gold (500GB cap) and Platinum (1TB cap) all will be ridiculously expensive.

4. Even though Facebook ,Twitter and Tumblr is forever free. Telcos will charge you for every access to these websites. It's like subscribing to a cable with only the local channels available. You need to pay extra for those "premium" channels.

5. Apple's iPad 2 and iPhone 5 will be selling like pancakes no matter what price tag it may have. Filipinos will not care even if they give all their salary just to be part of the "in" society. But when SLEX say they will increase just a little as one peso, people will over react and will blame it all to President Noynoy.

6. Speaking of PNoy, His Excellency will finally have a girlfriend all thanks to Facebook. All thanks to Krissy who tagged both of them on the picture of baby James getting a circumcision. But sadly, it only last for a few months, and Willie Revillame, "the recycle man", will offer PNoy's girlfriend as a co-host together with Shalani for ratings sake, even though that girl has zero knowledge in hosting .

7. Kris Aquino will have a new husband, and accidentally, they will have a child (even though Kris doesn't want to get pregnant anymore, but hey, love makes sacrifices) and Kris will now have three childrens, all were from a different guy. Achievement unlocked! Sounds familiar? Watch Tanging Ina Trilogy.

8. Canon Photomarathon will finally allow Nikon users to participate, but with different venue and themes. Nikon users will be placed in the middle of nowhere and will try to kill each other with only the use of their cameras to become the sole survivor.

9. WiFi will be accessible all around the country, not just malls and funeral homes, but also depressed areas like Payatas and Mindanao. Hey, who needs food when we have internet?

10. The new bill will have a counterfeit circulating in the mid year, all thanks to some BSP staff who wanted to earn extra money. The only way to distinguish the original from the counterfeit is that the original tastes like chicken.


These predictions may or may not come true this 2011, but what the heck, we welcome 2011 with open arms.

Posted by Siopao Master at 4:13 PM