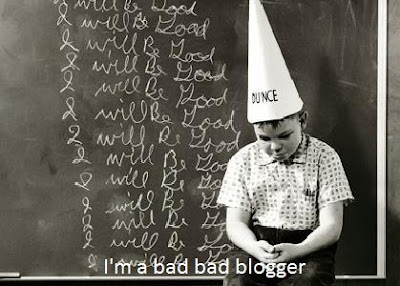 Last month, Inquirer.net contributor Margaux Salcedo wrote an article about a "Big Bad Blogger" which sparked a buzz all over the blogverse (Read the complete story here). A lot of bloggers condemned BBB (Big Bad Blogger) for his/her horrendous acts and wanted to know his/her identity.

Due to the secrecy of the BBB's identity, a lot of bloggers were falsely accused. Some people, due to their prejudice nature, thought that most of the bloggers were money hungry, attention seeking, blackmailing individuals, which really affected the innocent bloggers out there who started from blogging as a hobby and eventually turned into a profit gaining job.

Yesterday, Margaux Salcedo posted another article stating that the BBB should be remained anonymous (Read the full article here). It may have concluded the issue of the BBB (or rather, prematurely ended), but did it resolved the problem it created? What can be done in order to protect the innocent bloggers and the wrongfully accused?

I have nothing against Margaux Salcedo but I think a clear explanation or an apology is needed to help the innocent who were affected by this issue.

Posted by Siopao Master at 8:43 AM