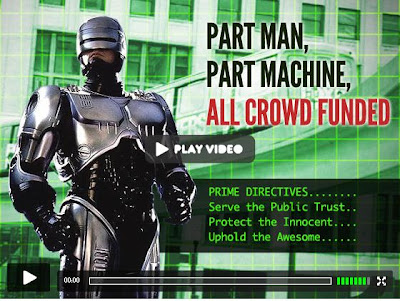 It started first as a tweet to the mayor of Detroit, Mayor Dave Bing, that a statue of Robocop is needed to represent the city. 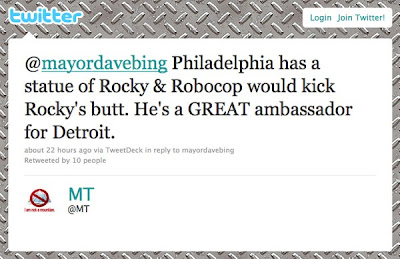 Read the what happened next after the jump.

Mayor Dave Bing responded that there are no plans of building a statue for the said movie icon. 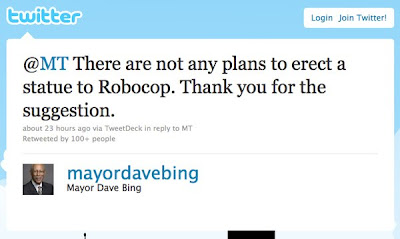 But that didn't stop the citizens of Detroit, instead, they formed an independent group in Kickstarter (all thanks to Imagination Station Detroit), a Facebook page was also created, which all campaigned for the erection of the Robocop statue.

As of press time, $60,147 were accumulated from the $50,000 original plan. An amazing 2,196 backers had already given their pledges and Fred Barton Productions, the company behind the production of the original Robocop movie, will donate materials for the 1:1 scale model.


You actually make it seem so easy with your presentation but I find this topic to be actually something that I think I would never understand. It seems too complicated and very broad for me. I'm looking forward for your next post, I will try to get the hang of it! capitalone.com login