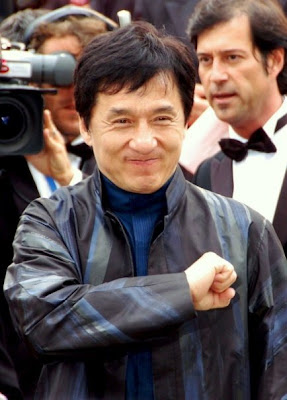 Trending on Twitter today was the news that the famous actor Jackie Chan died from a heart attack while filming Kung Fu Panda 2.

With no confirmation from credible sources and the coming of April Fool's day, this hoax is just one of the numerous Jackie Chan death rumors that were circulating over the internet for the past few months.
Posted by Siopao Master at 6:20 PM 0 comments 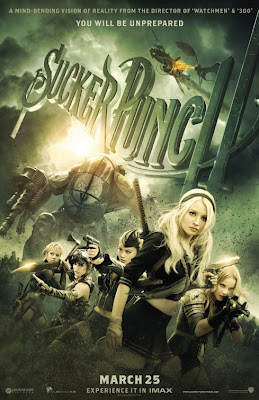 With Zack Snyder, the director of Watchmen and 300, at the helm of one of the most anticipated movie of 2011, you can't help but expect a lot. Did this movie deliver or it's like an apple in a bunch of lemons? Here we go.

Most of the film takes us on a dream sequence within a another dream sequence (OMG this sounds familiar!) and this is where the action takes place. Visually, this movie is highly detailed from the tiny falling snow to the biggest explosion. This will make you want more. If this film's eye candy were to be real candies, I'm gonna be diabetic.

In the music department, majority of the story was set on the mood by the musical score. Some scenes make you wonder if this film is a collection of music videos. I almost jumped from my seat when I heard Bjork singing Army of Me, I was a fan of her way back. Anyway, I was disappointed that the mall where we watched this movie haven't placed Sucker Punch on a DTS equipped cinema, but instead, some local film was placed there. It could have been great to hear those slashing and blowing in digital surround.

Emily Browning gave justice to that "petite school girl" fetish we were talking before and the other girls played their part well. Too bad character development was not prioritized in this film which resulted to some gaps and questions that plagued the film.

Finally the story. It's one of those movies where you really really need to think in order for the story to sink in. It's like Inception but with less complications and a lot more action. A lot of critics did not agree with the story but I guess we have our own opinion about it. As for me, Even though the story lack some punch to it, it delivered the message well.

If you are into action and have a knack for eye candy, then this film is right up on your alley.

Posted by Siopao Master at 9:34 AM 0 comments 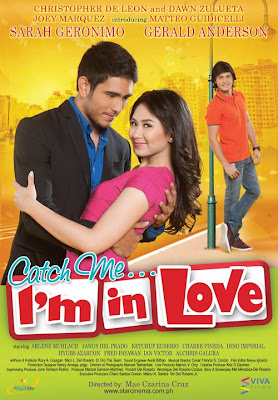 No people, the world hasn't come to an end yet. What you're seeing on my site is really a review of the local film Catch Me..I'm in Love starring Sarah Geronimo and Gerald Anderson. I know it may or may not affect the credibility of my review but have you ever wonder why this movie earned 15 million pesos on its first day? What the hell is this movie anyway? Why on Earth do people watch it? Find out after the jump.

Let's cut to the chase, no sugar-coated review here. First off the ever so important story, If you look at it closely, the entire plot is all about the guy from a "higher class" and the girl from the "lower class". Yes folks, we still have caste system here. Probably because of Meteor Garden fandom back then. Anyway, the story progressed damn right predictably and the cliché is never ending. remember "A Very Special Love"? Well..replace John Lloyd with Gerald and you have Catch Me..I'm in Love. I know right?! But why, why do people still dig this? Why do they still watch this kind of film even though they know what's the story and what will the outcome be? The answer lies on the so called "kilig moments" Seriously, you can feel the intensity inside the theater during these moments and you will realize that every couple, every heart-broken individual can relate and/or emulate by the situation. Topped it up with the natural acting of Sarah Geronimo as a "lower class" girl (you can pair any guy with this talented girl and you can still achieve that poor girl persona) and you have a sure win formula.

Hollywood films may have the best story lines and/or the best effects, but it all boils down to what the people really want..that "kilig" factor that made this movie a top grosser.

The Reason of Ash Wednesday

Today is Ash Wednesday, the faithful flock the churches attending mass and tries to receive the imposition of the cross to their forehead marked by ashes from burned palms from last year's Palm Sunday. Why do we celebrate such a tradition?

People tend to forget what really is the true meaning behind the tradition. As I receive the cross today, I observed that some people cut in line and elbow their way just to get their foreheads marked. Some receive the cross as a status symbol and end up bragging about it. But do remember that the reason why the cross is written using ash (and calling it Ash Wednesday) is to remind us that we all came from ashes and eventually in ashes we return. The cross symbolizes our acceptance as sinners who repent sincerely to God. The symbol, that even though we are powerful here on Earth, we are still a speck of dust to Him. Hope that you received that cross not just for the joy of Ash Wednesday, but for accepting your sins and believe in the Gospel.

Fact: Starting today, Hallelujah and Gloria will not be sang until Easter vigil. Loud instruments are temporary banned from the Church choir. Count 46 days from now and that day will be Easter Sunday. 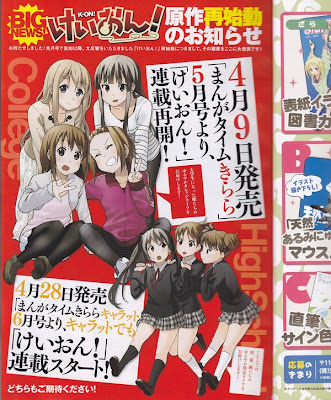 The ever popular slice-of-life manga/anime of Japan will be having a new story that will cover the university life of the four former members of the Light Music club and the life of Azusa after the girls graduated. You can read the complete details by visiting my article by going to GameOPS.net

A run for a cause went mainstream last year as top companies like ABS-CBN and Milo invited every athlete and non-athlete to join the fun run so that a chosen charity could benefit from it . Well, Japan too had been hosting a lot of marathon in the past few years and by far Tokyo Marathon is the most famous. Find out why after the jump.

The recently concluded Tokyo Marathon Charity Run 2011 last February 27 attracted a lot of foreigners and otakus alike. That's right, that's not a typo. A large number of otakus joined the recent marathon wearing their favorite anime character. A "cosplay marathon" as they call it. 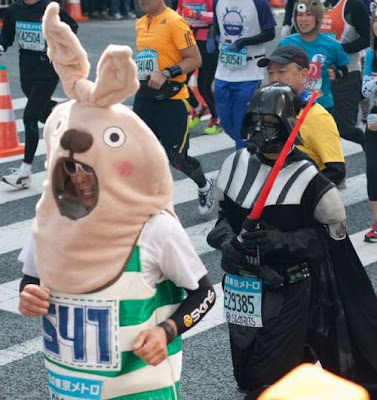 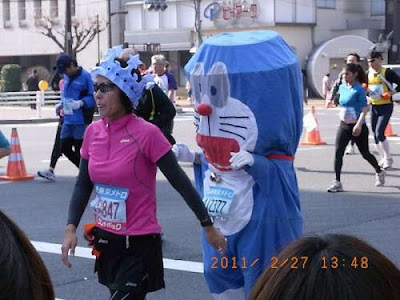 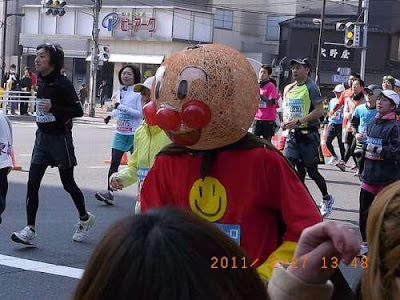 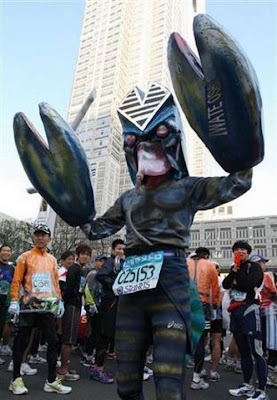 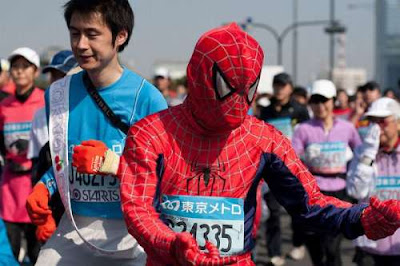 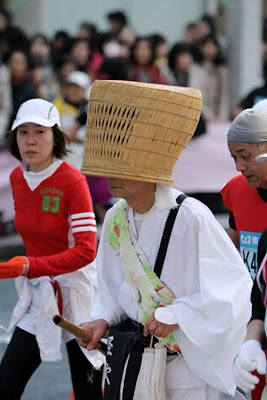 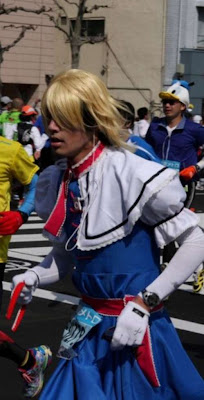 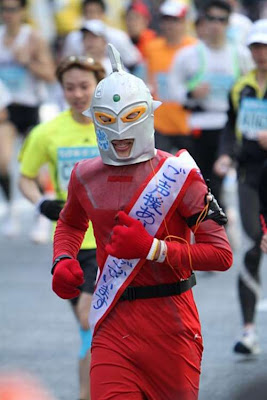 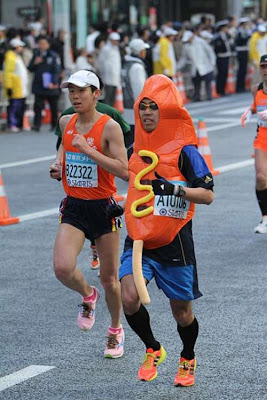 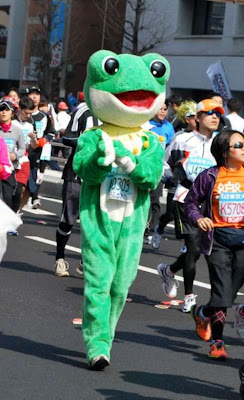 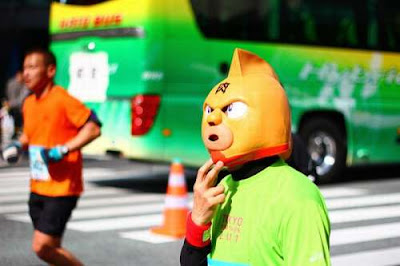 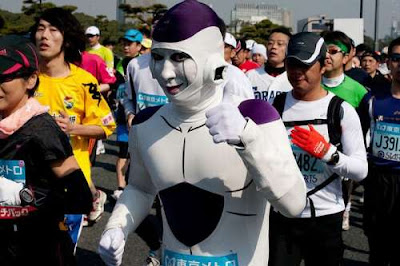 The proceeds of the charity run were given to selected institutions around Japan. And they say otakus are worthless human beings.

This entry was cross posted at GameOPS