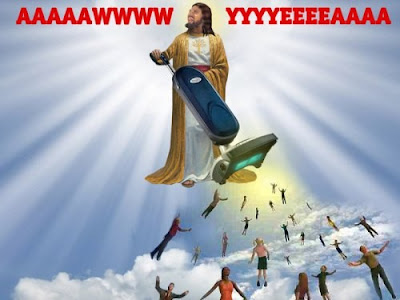 May 21, 2011 6PM was supposed to be the "rapture" or many called it the end of the world. Time passed by and eventually the day ended without a single smite of thunder or an apparition of the four horsemen. What happened to the promised "rapture"?

The Rapture is when Jesus Christ gathers all of the faithful and bring them to the Kingdom of God. Now, Harold Camping, president of Family Radio, predicted that the Rapture will occur on May 21, 2011 and the end of the world will follow six months after. Some believed him, but a lot didn't. You see, the rapture was always "predicted" before and never happened. Below is a list of the supposed past predictions of the rapture but didn't happen.

1844 - William Miller predicted Christ would return between March 21, 1843 and March 21, 1844, then revised his prediction, claiming to have miscalculated Scripture, to October 22, 1844. The realization that the predictions were incorrect resulted in a Great Disappointment. Miller's theology gave rise to the Advent movement. The Baha'is believe that Christ did return as Miller predicted in 1844, with the advent of The Báb, and numerous Miller-like prophetic predictions from many religions are given in William Sears book, Thief in The Night.
1914, 1918, 1925, 1942 - Dates set for the end by the Jehovah's Witnesses.
1981 - Chuck Smith predicted that Jesus would probably return by 1981.
1988 - Publication of 88 Reasons why the Rapture is in 1988, by Edgar C. Whisenant.
1989 - Publication of The final shout: Rapture report 1989, by Edgar Whisenant. This author made further predictions of the Rapture for 1992, 1995, and other years.
1992 - A Korean group, "Mission for the Coming Days", predicted October 28, 1992 as being the date of the Rapture.
1993 - Seven years before the year 2000; the Rapture would have to start to allow for seven years of the Tribulation before the Return in 2000. Multiple predictions.
1994 - Pastor John Hinkle of Christ Church in Los Angeles predicted that the Rapture would occur on June 9, 1994. Radio evangelist Harold Camping predicted September 6, 1994.

All those years, many believed in the prophecy. When will people learn? When will they realize that some people use the Bible and make you believe that hidden within is the date of the judgement. Remember, the Bible was used to spread the Word of the Lord, not strike fear to the people. The book of Revelations is not there for us to crumble in fear, but instead, make us realize that even in the darkest times, God will be there to save us.

Nobody can really tell when will the end of the world will occur. Jesus said that it will come unannounced like a thief that comes into the night.

As long as there are good people, even a handful, God will not destroy the world (remember Sodom and Gomorrah?). Trusting God means you don't fear death, but instead, you accept it with open arms.

Posted by Siopao Master at 8:21 PM

I like what author Ester Lighthorse has to say about religion and the Bible. Her link is: https://sites.google.com/site/esterlighthorse/