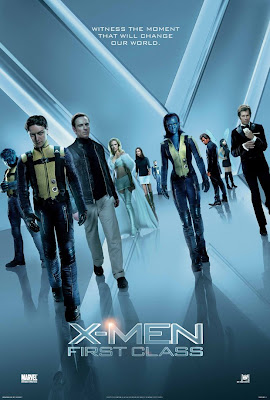 After you concluded a money generating franchise what will you do next? Create a sequel to earn more money! It's been a trend in Hollywood that creating a prequel or a spin-off can restore the flow of money. X-Men First Class takes us way back into he past as discover how Professor X founded the X-Men.

Is the prequel formula a sure hit or Marvel created a flop that will soon be forgotten by fans just like Star Wars Episode I: The Phantom Menace? Find out after the jump.

With the array of super hero movies coming our way and the disappointment of X-Men 3: The Last Stand, a lot of comic book fans wonder if First Class is going to be the saving grace of the franchise.

A lot of people agreed that X-Men The Last Stand was an epic fail. But I can safely say that this prequel/spinoff gave breath to the dying franchise of X-Men.

The story deviated from the original comic book story on how Professor X formed the X-Men. For those who didn't know, the original "first class" were Angel, Beast, Cyclops, Iceman and Jean Grey. But I think Marvel chose to select other members to prevent a rehash of the previous three films. The movie took a complete turn as it narrates the origin of Charles and Erik's friendship totally different from the comics. For me, deviating from the comics help create an alternate story that doesn't require the complicated plots of the comic universe.

The cast gave life to the characters they were portraying from the comic universe. No miscasting here like that from The Last Airbender *goosebumps*. But I think the cast need a little tweak in their acting but those are just minor hiccups.

The visual eye candies are great as some CGI distort the boundaries of reality and fantasy. Seriously, it was beautifully made that you can't tell the difference. I do hope future super hero films have the same awesome CGIs.

Overall, the well written story and the beautifully executed special effects made this movie a much watch not just by the X-Men fans, but by the other movie junkies as well.

Posted by Siopao Master at 8:08 PM

I haven't watched this yet :(