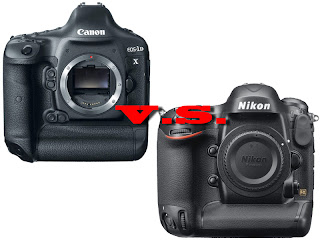 Canon and Nikon fanboys all around the world kept comparing which camera manufacturer is really the best in the market today. This 2012, Canon and Nikon are upgrading their flagship cameras that will surely wet any professional photographers pants faster than you can say Pentax

Nikon announced this month that they will be releasing their  new Nikon D4 on February while Canon will release their EOS 1D-X on the following month. Both are powerhouse full frame cameras that boast the state-of-the-art technology in image quality. Below are some comparison between the two 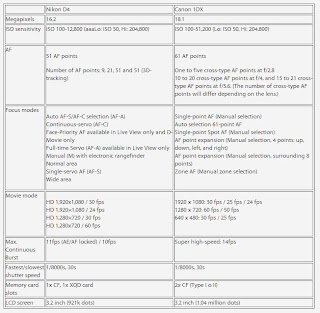 Those specifications are just on paper and we still need to know their capabilities in actual operation. The war between the two has never been this intense.
Posted by Siopao Master at 6:00 AM