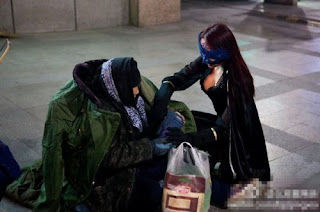 Last May, a female super hero appeared in Hong Kong wearing a blue mask and black tights giving food and cash to the needed. She called herself Zijing Woman (紫荆侠) or Chinese Redbud Woman.

Last December 24, a  woman appeared in Beijing wearing exactly the same outfit and was giving gifts. Details after the jump.

Chinese Redbud Woman mysteriously appeared on Beijing, China,  in front of the Wangfujing Bookstore, at the Xidan subway station and other places, distributed clothing and gifts to beggars and homeless. 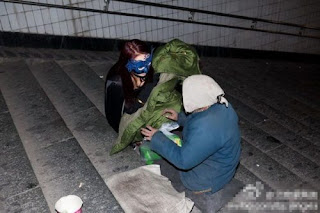 Reporters tried contacting her on her microblog asking her why she's doing this. She just told them that she wasn't doing this for publicity but just wanted to help those people in need.

According to Sichuan Online: 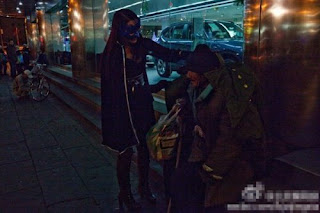 After reading Beijing Zijing Woman’s microblog, netizens both praised and criticized her.

“This is another kind of charity, sexy charity.”

“For sure her motivation is to become famous. Is it necessary to dress like this when doing good?”

“Her breasts are really big.”

Whatever her intentions are, she really just wanted to help those in need and that what matters most in my opinion. 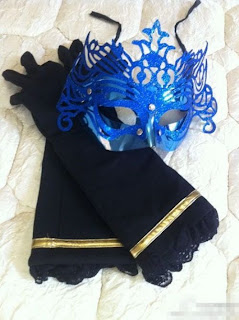 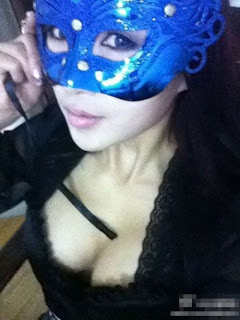 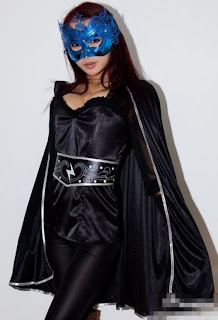 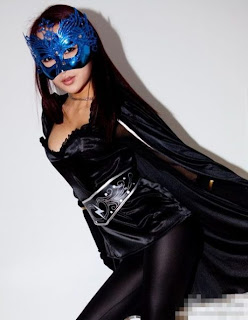 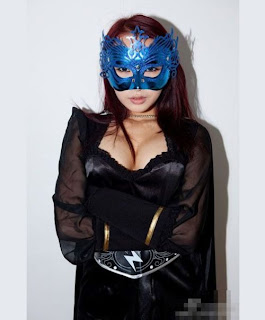